Why Project Managers Should Master the Art of Bribery 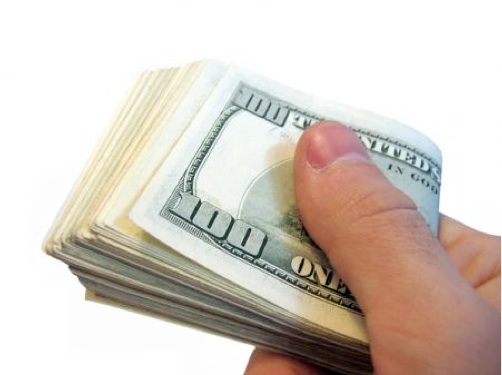 A new article by Kevin Aguanno.

In most countries around the world, bribery – the payment of secret funds to someone to get them to bypass standard processes or to alter their standard behaviour – is considered immoral and often illegal. The codes of conduct or codes of ethics from many of our professional organizations explicitly forbid bribery. So, for the vast majority of project managers, bribery is out of the question.

Let me share a story with you, however, that may sway your opinion a bit. One day about 3-4 months ago, I was discussing a foreign project management training assignment with a colleague. He was being asked to teach a 3-day project management course in a far-off country. (For the sake of not offending anyone, let’s leave the country name out of this as it is not necessary to make my point.)

While discussing the contents to be covered by this project management course, the foreign contact asked about training around “individual performance incentives.” My colleague initially took this to mean standard rewards and recognition discussions that fall under the general category of leadership and motivation. Upon further discussion, however, it emerged that what was really needed was a course module on the effective use of bribery.

Understandably, my colleague was shocked at this request and did not know how to address it – thus, his conversation with me, seeking my thoughts on the matter. After we had discussed the issue at length, what started as a black and white issue (bribery is always wrong, therefore he should not teach the course module) became one nuanced with shades of grey (maybe it was allowable in certain, restricted, circumstances). Let me share with you the key points that led to the revelation.

In Western Europe, North America, and many other places around the world, bribery is illegal and should not be condoned under any circumstances. In many other parts of the world, however, bribery is a fact of life. In fact, in some countries, to get a project done on time and on schedule requires the effective use of bribery – including knowing how much to give (and under what circumstances) to elicit the most effective performance. This could range from paying “tips” to customs agents to get your critical, imported parts released quickly for delivery to your job site to paying a “bonus” to subcontractors to have them move their work on your project to the top of their to-do list.

I am NOT talking about outright corruption such as paying government officials to award you contracts that you would not have otherwise won fairly or paying inspectors to “look the other way” when doing a job site safety assessment. I think most would agree that these situations cross a very clear moral line – one creating unfairness in a process and the other leading to safety issues that may even endanger people’s lives.

Rather, I am highlighting situations where work will still get done (eventually) but where an added motivation (via a valued item or service) could affect the prioritization of the work and improve its schedule; for example, incenting a contractor to add additional workers to your project (perhaps by pulling them off of other projects) to speed up your timeline to help you make a critical date. You would not be “paying” someone to perform work they would not otherwise be doing, or to bypass governance regulations, but rather providing them performance incentives that may motivate them to improve their delivery on your project.

In our normal business interactions, we often provide such incentives to others: U.S.A. government contracts sometimes include incentive payments for early project completion, and auto manufacturers sometimes provide added bonuses to their suppliers if the quality of supplied parts exceeds a minimum threshold. I’ve even supplied coffee and pastries to those who come to my meeting on time – by not providing enough for everyone, it encourages people to come early to guarantee that they will get the “free” treat. By doing this consistently, it corrected a problem with poor meeting attendance. Would we consider any of these last three examples bribery? Of course not. They are commonly-accepted uses of what I call “individual performance incentives.”

Extending this out to the larger project environment, the incentives that we commonly provide to companies (such as auto parts suppliers) could also be provided to individuals. This should be fine as long as health/safety, legal, or governance regulations are not being violated, as discussed earlier. This is a nuanced area to be navigating, for sure, but one that most people should be able to work through without turning to corruption. Many are concerned about letting people navigate these moral grey areas, as some people will succumb to the temptation to slip over to “the dark side” and participate in corruption. Yet, there is much value that can be gained by using these individual performance incentives correctly.

In many parts of the world, these incentives are a part of daily life. Almost nothing gets done quickly without “greasing the wheels” with cash or other incentives. In these countries, I would support the idea that project management training should include information on how to do this efficiently and effectively without crossing the line into corrupting officials or endangering lives. I believe that our outright opposition to bribery needs to be adjusted to accept a clearer definition of bribery – one that specifically exempts individual performance incentives – with a focus on maintaining safety, health, fairness, and proper governance.

Kevin Aguanno, PMP, IPMA-B, MAPM is an executive project manager with experience across multiple industries, managing both IT and construction projects. He is well-known for his expertise in agile project management and recovering troubled software development and systems integration projects. He is the author of over 20 books, DVDs and audiobooks on project management-related topics and teaches PM classes as a guest lecturer at several universities. More on Aguanno's work can be found at www.AgilePM.com.